UEE shares a group photo of After School looking stylish 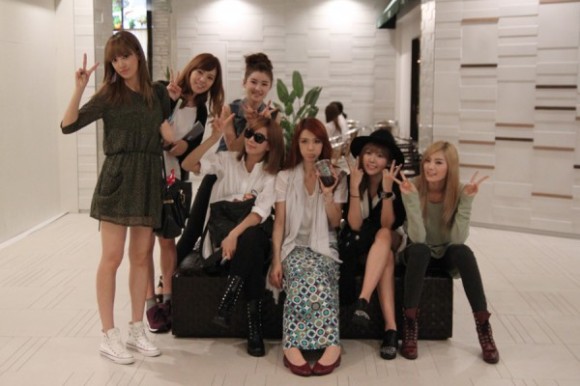 On September 21st, UEE shared a family photo of her After School members that she took herself.

UEE revealed through her me2day, “Hello, friends!!  I want to share some photos of our members today ^^  I’m not in the picture here, but why do you think I’m not?  (Because I took this picture myself!!)  I’m uploading this photo secretly!!”

Gathered closely together, the members all express their own unique fashion sense while throwing up victory signs for the cameras. Fans immediately noticed that ‘Queen Unni‘ Kahi gave a chic, nonplussed facial expression while her dongsaengs beamed happily for the camera.

Netizens commented, “Haha, Kahi unni always looks so dramatic”, “I want to see UEE too! Should’ve asked the manager to take a picture”, and “I’m loving your drama lately, fighting!”

After School’s UEE has a killer schedule

With a drama, group promotions, CF activities, and a Japanese debut coming up, After School’s UEEis looking at one busy schedule.

UEE was recently cast as the leading role for KBS’s upcoming drama, ‘Ojakgyo Brothers‘, and is currently in the midst of filming. Because it’s a weekend drama, the filming schedule isn’t as tight as other dramas, but adding After School’s schedule on top of that definitely makes up for the difference.

As previously reported, After School will be promoting as two units this month. The girls are also preparing for a showcase on July 17th, which will be followed by the release of their official Japanese debut single on August 17th.

They also signed on as models for cosmetics brand “The Saem“, for which they must attend fan signings and various other events as a part of their endorsement duties.

Her professional obligations aside, UEE’s been receiving acting lessons and holding script rehearsals whenever time permits. A representative of Pledis explained, “UEE has always been athletic so she has a lot of stamina. She exercises whenever she has spare time in order to manage herself. She’s also been on a diet and has a slim new body to show off.”

We’re glad that she’s in high demand, but let’s hope she doesn’t overdo it!

After School holds their first fan signing for “The Saem” 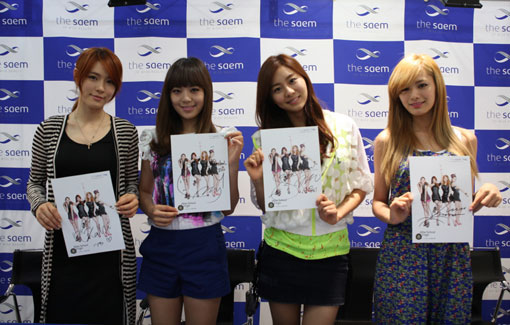 On July 7th, After School attended their first fan signing as models for “The Saem” cosmetics in Daegu!

In celebration of the brand’s latest line of ‘S-special’ products, “The Saem” decided to repay the love they’ve been receiving from their customers with a special fan meet with their new models. After School’s Kahi, UEE, Lizzy, and Nana met up with fans for the 90-minute long event at the store.

Lines were said to have formed hours before the girls arrived, and hundreds gathered outside of the store to catch glimpses of the gorgeous ladies.

UEE said, “We’re so grateful to the fans who came to see us here today. We’ll pay back your love by promoting in singing and acting. Please give your attention to ‘The Saem’, as we will be working hard as models of the brand.” 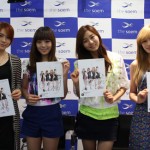 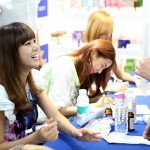 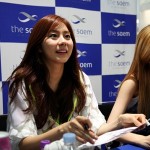 After School’s Lizzy and UEE talk about aging and… fighting? 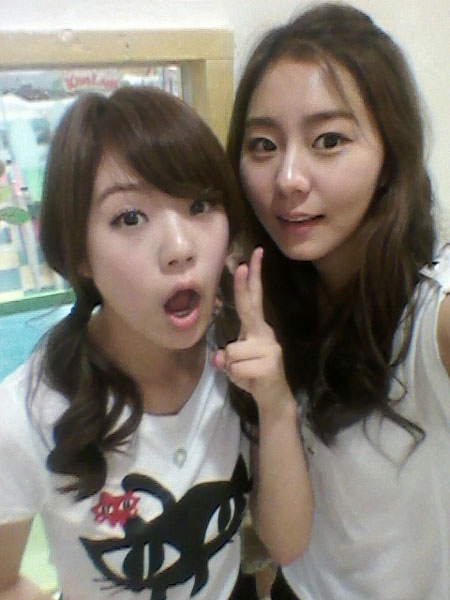 After School’s UEE and Lizzy’s short conversation through Twitter has caught the attention of netizens.

On June 1st, Lizzy tweeted, “Time flies…”, and in response, UEE replied, “I know… It seems like just yesterday that our Lizzy was walking around in her school uniform, but she’s already 20… goodbye now.”

Lizzy then jokingly teased UEE, “I remember the first time I saw you, unnie (older sister). You were 22-year-old, ‘innocent and sexy’ UEE… Now you are getting closer to mid-20s. Goodbye to unnie too.”

Netizens stated, “You two can joke around like this because you are close, right?”, “Your conversation is like my conversations with my little sister”, and “The statement about you being in your mid-20s is funny.” 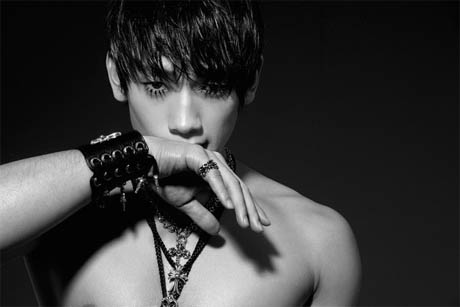