Park Min Young candidly shared her experiences about acting on ‘City Hunter‘ through a mini-interview.

She began by spotlighting her co-star, actor Lee Minho. The two engaged in some Judo scenes together, and she mused, ”I got trained in Judo for about a month but since there is a significant height difference between me and Lee Minho, there were some risks for injury. But since we shoot Judo scenes very often, Lee Min Ho swiftly falls over when I lift him. He does it well so even though it’s hard, it’s very fun and satisfying when the scenes come out nicely.”

She also talked about her role as ‘Kim Nana’. “Nana is a character who faces the hardship of overcoming her scars and pain in her heart. However, she is very bright and brave; she’s an adventurous woman who confesses to Yoon Sung first thinking that she should always be by his side.”

Park Min Young revealed her thoughts about her lauded ‘3-step crying scene’ by stating, “Because I teared up while thinking about my own parents, it was a scene that was very close to my heart. I was very thankful that people named it ‘3-step crying scene’ and was very happy when viewers said that they cried along with me. It also made me think that I should work even harder.” 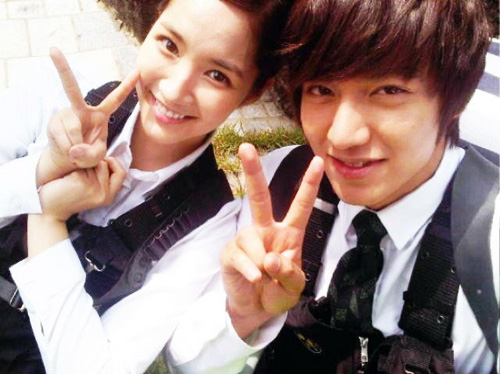 Park Min Young has bewitching eyes for ‘The Face Shop’ 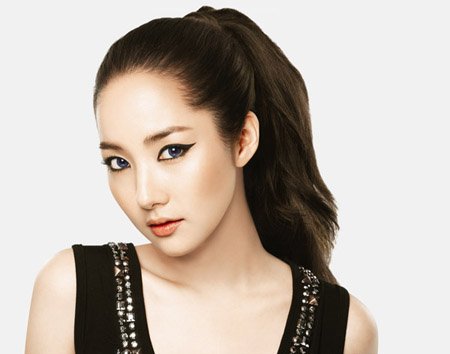 Park Min Young stunned fans with her captivating shots for ‘The Face Shop‘.

The actress donned the brand’s hottest summer makeup to deliver two different looks for both day and night. In fact, her photos revolved around a ‘one-point’ makeup look, which featured strong winged eyeliner and a bright lip hue.

A representative for ‘The Face Shop’ stated, “This summer is expected to be very hot so the simple, yet edgy one-point makeup looks will be very popular. Park Min Young pulled off the looks well and received praise from the staff for bringing out her innate sexiness for the shoot.” 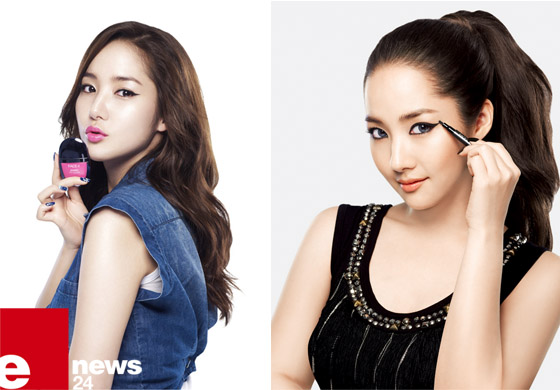 Fans of the Park Min Young and Lee Min Ho couple got a special treat tonight after the two took a picture together from their “City Hunter” set.

On June 2nd, Park Min Young tweeted, “Tonight with Yoon Sung and Nana. You will watch the 4th episode of ‘City Hunter’, right? ^_____^ smiling” and uploaded the adorable picture.

Both stars are seen wearing classic white dress shirts with complementary guns and bullets. Amusingly, the entire photo was wrapped up nicely with matching smiles and victory signs.

Lee Min Ho is quickly becoming a hot topic thanks to his success in pulling off a character who’s a chic city man, as well as an intelligent engineering Ph.D recipient.

Although Goo Hara failed to melt Lee Min Ho’s cold demeanor with her sweet ‘aegyo‘, new still-cuts from the set of “City Hunter” revealed that he seems to be warming up just fine to actress Park Min Young.

Taken on May 3rd at the Han River Park, the two were seen spending quality time together while enjoying instant coffee by the shore. Staff immediately noticed the CF-like quality of the scene.

Producers commented, “Lee Min Ho and Park Min Young made drinking coffee together look like a scene from a beautiful and warm CF. There weren’t a lot of lines, but there was definitely an air surrounding them that let viewers know that they were connecting.” 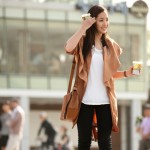 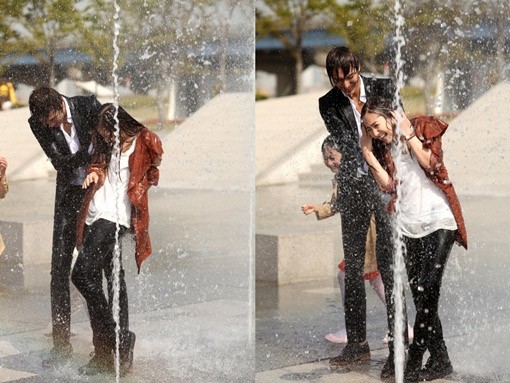 Various photos of Lee Min Ho and Park Min Young on a romantic fountain date have been revealed.

On May 3rd, SBS’s upcoming drama “City Hunter” filmed a scene in which Lee Yoon Sung (Lee Min Ho) and Kim Nana (Park Min Young) are playing together in a fountain located at the Han River Park.

Being a scene in which they would be drenched in water, this scene didn’t allow for any re-takes / NGs. Lee Min Ho and Park Min Young showed their bold and natural acting as the scene was filmed without any difficulties. In particular, Lee Min Ho even began humming a song and dancing in his suit as though he was completely immersed in the scene.

A production representative said, “Because the actors acted out the scene joyfully, the production crew was also able to film the scene excitedly. Please anticipate the romantic yet exciting Lee Min Ho, Park Min Young couple.”

“City Hunter” will begin airing on May 25th.