4minute’s HyunA had everyone talking when she dropped her super hot MV for “Bubble Pop!”

The sexy star whipped out a flirtatious performance which also included her “Attention” intro for her ‘Music Bank‘ comeback that left fans screaming for more.

Ahead of the album’s official release, the track features labelmates Junhyung and G.NA.

“A Bitter Day” features a live acoustic arrangement that’s fit to HyunA’s rhythmical rapping. As she’s 20 years old now, listeners believed that she was able to express a deeper level of emotions and understanding with her lyrics. B2ST’s Junhyung’s rapping rounds off the song into a beautiful ballad number that will surely lead HyunA into a successful promotion cycle with her comeback on July 5th.

A great treat for all of her fans, check it out below and remember to support the artist by purchasing the music. 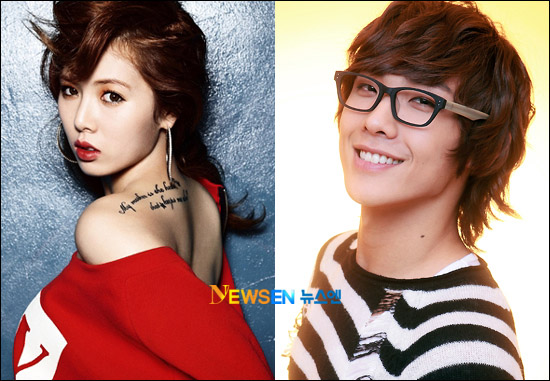 There are currently rumors going around that 4minute’s HyunA and MBLAQ’s Lee Joon are a couple.

On June 22nd, HyunA and Lee Joon were seen together on a flight that was heading from Okinawa, Japan to South Korea.

The two singers sat together in the first row of the business class section, and were reportedly seen acting like a couple throughout the two-hour flight.

A witness on the flight claimed, “HyunA and Lee Joon were dressed casually and acted like a college couple. Maybe it was because there weren’t many people in the business class section, but they seemed very comfortable and weren’t wearing sunglasses or hats.”

Another witness added, “HyunA and Lee Joon were teasing each other while holding hands, and also leaned on each other’s shoulders. They looked like a cute couple.”

However, the agencies of both singers have refuted the claims explaining that the two were just filming for a music video together. 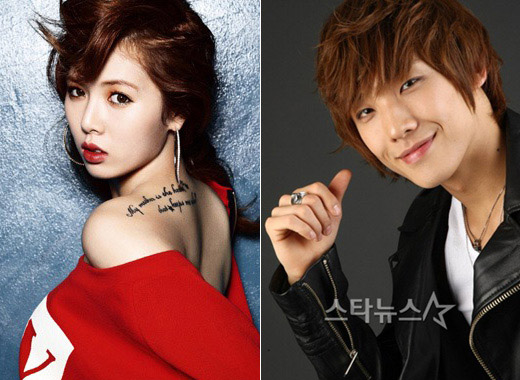 A representative from Cube Entertainment firmly stated, “HyunA and Lee Joon only went to Okinawa together to film a music video. They are not dating. They had to act like a couple during the flight because they were filming for a scene. Many staff members were also on the plane with the two.”

The representative added, “We don’t know why this has become an issue on the day of HyunA’s new album release. This was in no way a noise marketing tactic. Why would we have used such a tactic, when we have nothing to gain from the issue.”

Lee Joon’s agency J.Tune Entertainment also clarified, “They were only filming for a music video. The two are close friends so people must have misunderstood their relationship.”

It seems like people believed the rumors had substance because HyunA and Lee Joon had both previously referred to each other as their ideal match through radio and show programs.

The two had also danced as a couple during the ‘SBS 2010 Music Festival‘, took a wedding photo shoot together, and hosted the show ‘Remote‘ together this past January. 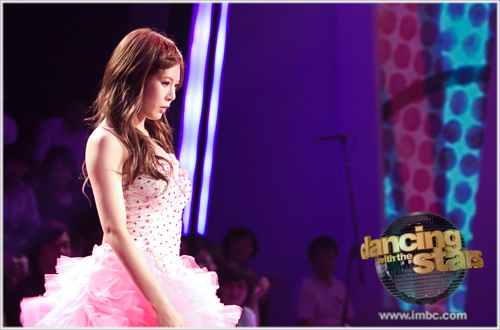 4minute’s HyunA wowed her fans after they discovered she performed on “Dancing With The Stars” with an ankle injury. The star reportedly sustained the injury while rehearsing at an SBS special concert, and was required to put on a cast.

But HyunA was determined to make a good impression on the show, and so she not only performed the full choreography for her routine, but did so without the cast. Her effort seems to have paid off, as she lived up to her title of being the most anticipated female dancer on the show.

She also never talked about her injury on air, and people weren’t able to catch that she was injured at all due to her fantastic performance.

Unfortunately, HyunA must keep the cast on for the next two to three weeks.

Cube Entertainment commented, “We are continuing treatment in case her injury gets worse. She has a lot of determination to do well, so she will be doing her best for all of her future performances.”

4minute’s HyunA confirmed for ‘Dancing with the Stars’

4minute’s HyunA has been confirmed for MBC’s new reality show, “Dancing with the Stars“.

Each person will be paired with a dance specialist to compete in a dance competition. The MCs for the show will be actor Lee Duk Hwa and model Lee Sora.

“Dancing with the Stars” is scheduled to broadcast its first episode on June 10th.

HyunA shows off her beautiful jawline 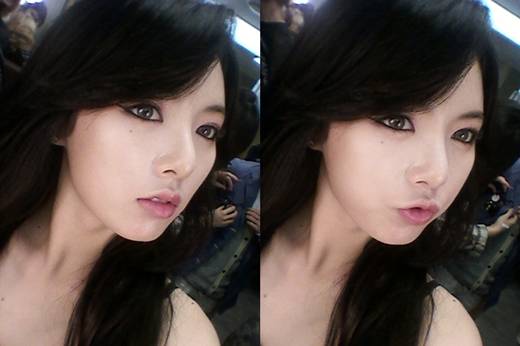 4minute’s HyunA stunned fans with a sel-ca that exhibits her sleek jawline.

On May 12th, HyunA uploaded the pictures through her Twitter account and wrote, “Pretending to have a jawline.” Fans laughed at her ‘modest’ caption, since her pictures clearly show off her ‘V’ line.

Aside from her sleek jawline, HyunA grabbed a lot of attention with her dark hair, colored contacts, and sultry make-up.

Netizens praised, “What do you mean ‘pretend’? Your jawline is definitely fully alive”, “Pretty, so pretty. From your jawline to your neckline”, “Definitely a sel-ca goddess”, and “How are you so pretty?”