On September 24th, Jo Kwon uploaded the above selca through his Twitter, tweeting, “Jang Wooyoung bought me meat, so I ate and came back in. All the bad things in my throat was probably carried down by grease from the meat, right? Whatever it is, I feel the same.”

In the revealed picture, Jo Kwon is leaning behind a sofa in which 2PM‘s Wooyoung is sleeping on while making a cute expression – drawing the attention of netizens.

Netizens commented, “Sleeping Wooyoung looks like an angel”, “Jo Kwon’s expression is awesome”, “Did you eat a lot of meat”, and “It’s good to see that you guys are friendly.” 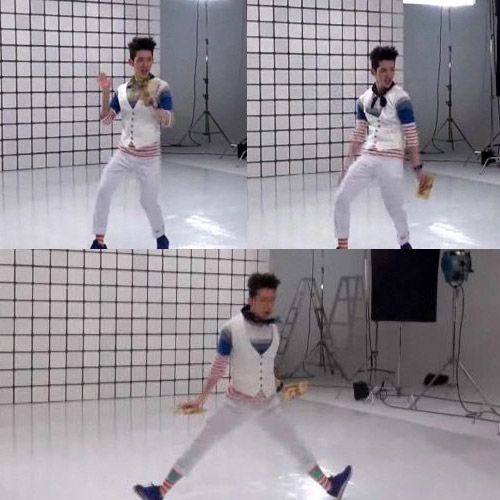 2AM’s Jo Kwon is back again with behind-the-scenes video from the set of his CF with snack brand, “Ppusyeo Ppusyeo“!

Although the current CF version that’s running on air features both Jo Kwon and G.NA, only Jo Kwon makes an appearance in this BTS video.

Jo Kwon put displayed all of the dances he’s known for, like his famous ‘kkap’. He even showed off a more comedic side by going straight into a dance routine after falling on the floor.

Netizens commented, “It’s really nice always seeing him work so hard, he’s a celebrity through and through”, “It’s so funny how he fell but continued to dance in case he makes an NG”, and “His image fits so well with the product.”

Check it out below!

2AM are the coolest guys according to ‘Men’s Health’!

2AM has been chosen as the coolest guys by ‘Men’s Health”!

‘Men’s Health’ gives the Cool Guy Award to their hottest cover models each year, and 2AM is the first idol group to win this title.

The ‘Cool Guy Contest‘ ceremony was held at the Central City Millenium Hall in Kangnam, and 2AM’s producer, Bang Shi Hyuk, served as a judge in this competition, which drew more attention to their meeting.

Fans who heard the news said, “Congratulations to the true bagel men, 2AM” and “The emotional idols 2AM are now taking on the cool guy title“.

On May 24th, the cast of “All My Love” had flown to Saipan to film a special episode. Earlier today, 2AM’s Jo Kwon tweeted a series of pictures with his co-stars.

“In Saipan~ Last day of filming~ It was hot.. The feeling of flying is the best

With Doojoon. The ocean floor of Saipan was very lovely but my skin is burnt..

In the photos, Jo Kwon is found enjoying the warmth of the Saipan coastline. He also took sel-cas with his co-stars including B2ST’s Doojoon, Kim Kap Soo, After School’s Lizzy and Kim Na Young.

Fans commented, “Kwon, you look so happy~ I want to go to Saipan too~” “You look a bit refreshed, I hope you’re enjoying your ‘working vacation’!” and “Everything’s so pretty and nice. I wanna be there” 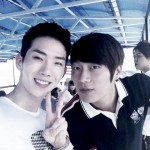 Tagged 2AM, All My Love, B2ST(BEAST), Doojoon, Jo Kwon
Leave a comment
News

2AM’s Jinwoon was recently chosen to grace the cover on the June edition of ‘Men’s Health‘. Once again, he let loose and revealed the toned abs he has previously shown in various photoshoots.

The idol showcased his famous abs as well as his sexy and charming masculine looks for the shoot, even trying out the smoky eye makeup.

The six page spread in ‘Men’s Health’ captures Jinwoon’s transformation from a cute and young boy to a charismatic man. He also revealed his various facial expressions, even posing with a guitar to portray the look of a sexy rocker.

A representative for the magazine revealed, “Jinwoon worked hard for this photoshoot and it definitely showed. His unlikely sexiness and masculine charms even charmed the filming staff.”

Netizens commented, “Jung Jinwoon’s a god” and “He’s so sexy. I can’t believe he was such a handsome man. He’s a ‘bagel boy’.”

During a recent recording of tvN’s “50 Million Great Questions”, 2AM confessed that they would like to add singer IU to the team as their fifth member.

When asked, “If you had to pick a 5th member?”, Changmin answered, “We’re one of the hottest trends ourselves of course, but if we recruit IU, then I think we would properly become ‘The’ biggest trend out there.” Seulong added that he would choose 2PM’s Nichkhun as he believed that he was a very good singer.

The group were also asked questions such as, “What do you need to do in order to receive love from teen fans?”, for which the members shared various stories about interesting comments they’ve so far received from citizens. In addition, specialists including psychiatrist Son Suk Han, genius composer Jung Ye Kyung, celebrity consultant Song Changmin also came on set to analyze and reveal shocking methods for what 2AM could do to upgrade their current image. 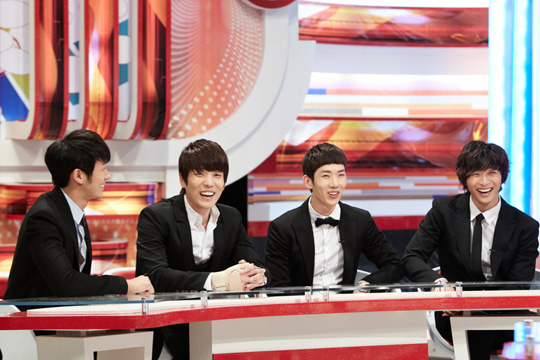 In particular, leader Jo Kwon, who is usually known for his “kkab” acts on screen, came forth to share a genuine story during his conversation with the psychiatrist. Jo Kwon admitted that there are times when he gets confused between his real personality and his outer image, which may have been caused by his hardships during his long trainee period.

Jo Kwon shed tears as he admitted, “There are times when I’m confused as to what is my real self and what’s not.”

The results of a psychology test that the members performed were also revealed during the show, which are to surely shock both fans and viewers alike.

The episode is set to air this coming May 13th.

2AM’s Im Seulong recently sat down for his most revealing photoshoot yet.

For GQ Korea’s May edition, Seulong attempted a shocking exposure by posing without bottoms. Rocking underwear with a denim jacket on top, Seulong definitely showed off his masculine charms with an eccentric, yet appealing twist.

Fans have shown hot reactions such as, “At first I was surprised, but he looks so cool”, and “His beauty has reached its peak. He seems like he’s getting hotter and hotter”.

Meanwhile, the star is preparing with his groupmates for their overseas promotions at the end of April. 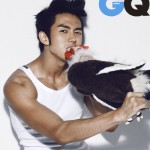 Jo Kwon, Ga-In, & Doojoon share photos from the set of “All My Love”

On April 18th, “All My Love” co-stars 2AM’s Jo Kwon, B2ST’s Doojoon, and the Brown Eyed Girls‘ Ga-In showed off two cute photos of themselves from the set of their sitcom.

Ga-In earned the jealousy of many female fans, because of her enviable position in between her two male co-stars. Doojoon’s use of a red mirror has also led viewers to try and guess what the upcoming episode will feature.

Netizens commented, “I’m immersed in ‘All My Love’ five days a week”, “It’s the Adam couple! I miss their ‘We Got Married‘ days”, and “The three rascals!”

– Brian Joo(@Brianjoomuzik・Fly To The Sky)