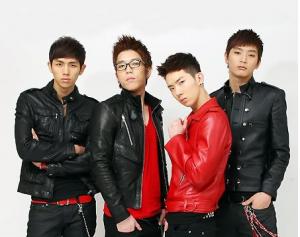 2AM is a South Korean four-member ballad boy band under JYP Entertainment. The members are Jinwoon, Jo Kwon, Seulong, and Changmin. 2AM is one of the two subgroups branched out from the eleven-member (before Jaebeom’s departure) boy band One Day, the other being 2PM. They officially debuted on July 11, 2008 on KBS’s Music Bank, performing their debut song “This Song”. They won their first Mutizen at Inkigayo on February 7, 2010 with “Can’t Let You Go Even If I Die”.